Kua takoto te manuka – the laying down of the manuka leaves – is part of the traditional Māori wero (challenge) that serves to symbolically question another group’s motives or intentions.

As we witness the Black Lives Matter protests spread from the US to Aotearoa-New Zealand, the wero is about facing institutional racism at home.

Among the thousands who marched in solidarity with those protesting George Floyd’s killing in Minneapolis, many wondered why the well-documented police bias against Māori and other minorities hasn’t mobilised New Zealanders in the same way.

Could it be that too many of us cling to comforting myths? We became used to hearing the catch cry “this is not us” in the aftermath of the horrific Christchurch attacks. It’s a nice sentiment, and no doubt reflects a deep-seated belief of many that equality and tolerance are core cultural values. But it is not the reality experienced by many in our community.

The false debate about unconscious bias

Police Minister Stuart Nash has denied systemic racism exists in the police force. He prefers the more palatable label of “unconscious bias” – displayed by individual officers and not the force as a whole.

We argue the concept of unconscious bias only masks the problem. The inherent racism that shapes our institutions and their policies and practices, as well as the way we interact with each other daily, is the issue. 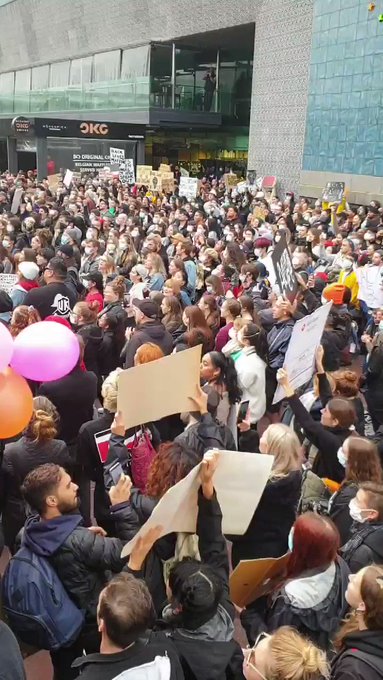 637 people are talking about this

Official data support the argument that institutional racism serves to maintain a pipeline of Māori into prison. Police are usually the first point of contact with the justice system. The focus of policing the most socio-economically deprived areas has led to increased interaction with Māori, Pasifika and minority populations.

We saw this occurring in Manukau during the recently completed and apparently deeply flawed Armed Response Team trial. But the disproportionate impact of police actions on Maori has been well understood for much longer.

Over the past decade, two-thirds of all victims of fatal police shootings have been Māori or Pasifika.

Poverty and mental health must be addressed

At every step of the justice process, police, court and prison systems treat Māori differently to their non-Māori peers. The overall result is that Māori are one of the most incarcerated peoples in the world. One in every 142 Māori is in prison.

The current pandemic is making explicit many other dramatic inequalities that have long been prevalent in Aotearoa and disproportionately affect Māori. Persistent child poverty and the associated risk factors of being in state care correlate with adult incarceration.

Adding to the problem of unequal treatment of Māori by police and the criminal justice system is the growing involvement of police as first responders to people experiencing mental distress. Correspondingly, most people in prison have been diagnosed with a mental illness or substance use disorder.

Police attend an average of 94 mental health events a day across New Zealand. International research tells us people in distress are inappropriately detained in police cells for assessment and exposed to significant use of force. They experience contact with police as degrading and stigmatising. In Aotearoa, tasers have been used in mental health facilities, spaces purportedly dedicated to health and well-being.

Māori are also over-represented in mental health and addiction statistics. They are often transported or transferred from police custody to mental health facilities by police. Racism in policing and how it influences use-of-force decisions by police poses a significant risk for our most vulnerable communities.

Police must listen to those they serve

Rarely are changes to policing in Aotearoa-New Zealand shaped by the voices of people and communities most affected. Despite data showing Māori would be unequally harmed by the trialling of armed response teams, police did not consult Māori communities.

Read more: Flattening the mental health curve is the next big coronavirus challenge

This lack of consultation with Māori was an egregious lack of good faith and a breach of the partnership principles of te Tiriti, according to advocates Julia Whaipooti and Sir Kim Workman, who sought an urgent Waitangi Tribunal hearing on the matter.

Ultimately, unconscious bias versus conscious bias is a false distinction. Discriminatory actions against people based on skin colour or ethnicity are racist. The experiences of Māori, Pacific and migrant populations show racism exists. For positive change to happen, the police must first listen to the communities they serve.

“The doors of justice, as the doors of the Ritz hotel, are open to anyone,” the late Māori legal pioneer and judge Mick Brown once said. He was quoting the flippant remarks of a 19th-century Irish judge and knew very well that many in Aotearoa were unlikely to walk through either door.

But Judge Brown’s point was deadly serious. Matching the theory and practice of non-discriminatory policing will require leadership that recognises the inherently unequal nature of the system as it exists. Only then will we see true structural and operational change.

The wero lies before the police. Will they pick up the manuka leaves?